A villain for some, a hero for others: who was Duke Albrecht Wenzel Eusebius von Wallenstein (1583-1634), who so significantly affected life in Jičín and the whole Habsburg Empire at the time? What is for certain is the fact that the contradictory character of this military leader, politician, financier and merchant will forever remain a subject of avid discussion and rich literary inspiration.

​Due to his undeniable qualities in military leadership, Wallenstein became the generalissimo of the imperial army during the Thirty years’ war. Eventually, he was proclaimed a traitor for his contacts with an anti-Hapsburg coalition and was assassinated.

In 1625, Wallenstein’s Friedland dominion was raised to a principality, only to be promoted to a duchy two years later. The duchy was exempt from the land registry for real estate owned under allodial title called Zemské desky Království českého, so it became a state within a state. The capital of this Friedland duchy was Jičín. Wallenstein had plans for establishing a diocese, university and his own assembly.

Wallenstein’s military and organisational skills gained him the title of generalissimo, or commander in chief of the imperial army. He managed to beat the Protestant Union several times, but his successes and increasing power aroused jealousy and disapproval in others. He was even dismissed from his position upon pressure of the electors; however, the Emperor reinstated him after suffering a few catastrophic losses. Clouds began gathering over Wallenstein’s head at the beginning of 1634, after he was charged with treason towards the Emperor. Wallenstein died in Cheb in February the same year after a halberd was run through his side as he roused from his sleep. His enormous estate and property were confiscated. Wallenstein was lain to rest in Jičín; however, his remains are now buried in St. Anne’s chapel in Michovo Hradiště. 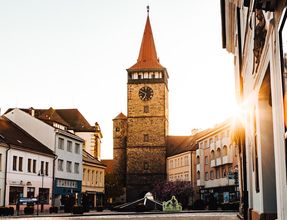 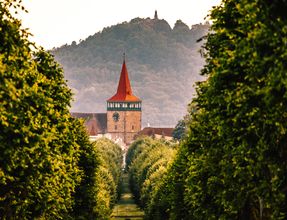 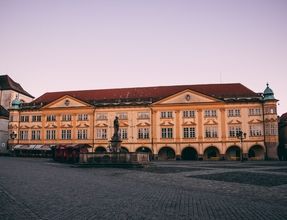 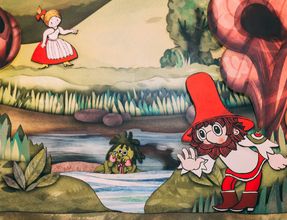 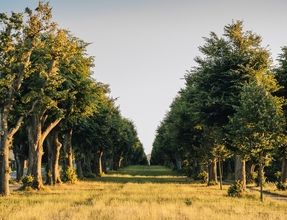